The feats of modern and ancient Olympic athletes were told partly with the help of tension fabrics-supplier CEES SMIT, Inc. as the famous London Royal Opera House was transformed into a museum showcase of Olympics history during the 2012 Summer Olympics in London.

Titled “The Olympic Journey,” the massive exhibit proved popular during the London Olympic Games. It provided a visual history of the Olympics, from the ancient games through to the modern day version just held in London.

Historic images that stand out

The exhibit was designed and maintained by Hypsos, CEES SMIT, Inc. was tapped to produce the unprecedented, continuous length of tension fabric some 8 feet high and extending 650 feet in length from a single piece. The fabric was stretched over both sides of an aluminum frame and contained static as well as projected images, giving the piece an eclectic blend of history and movement.

In addition to the innovative display, CEES SMIT, Inc. placed a large, printed cotton panel measuring 50 feet by 50 feet and containing blackout material over a large glass wall to decrease light intensity and enhance the exhibit’s ambiance. CEES SMIT, Inc. also created and installed several large-format cloth prints and drapes to adjust the atmosphere inside. The team had no more than 36 hours to erect and complete the display inside the historic Royal Opera House before the games were underway, making for a logistical as well as technical challenge to produce and complete the innovative designs. 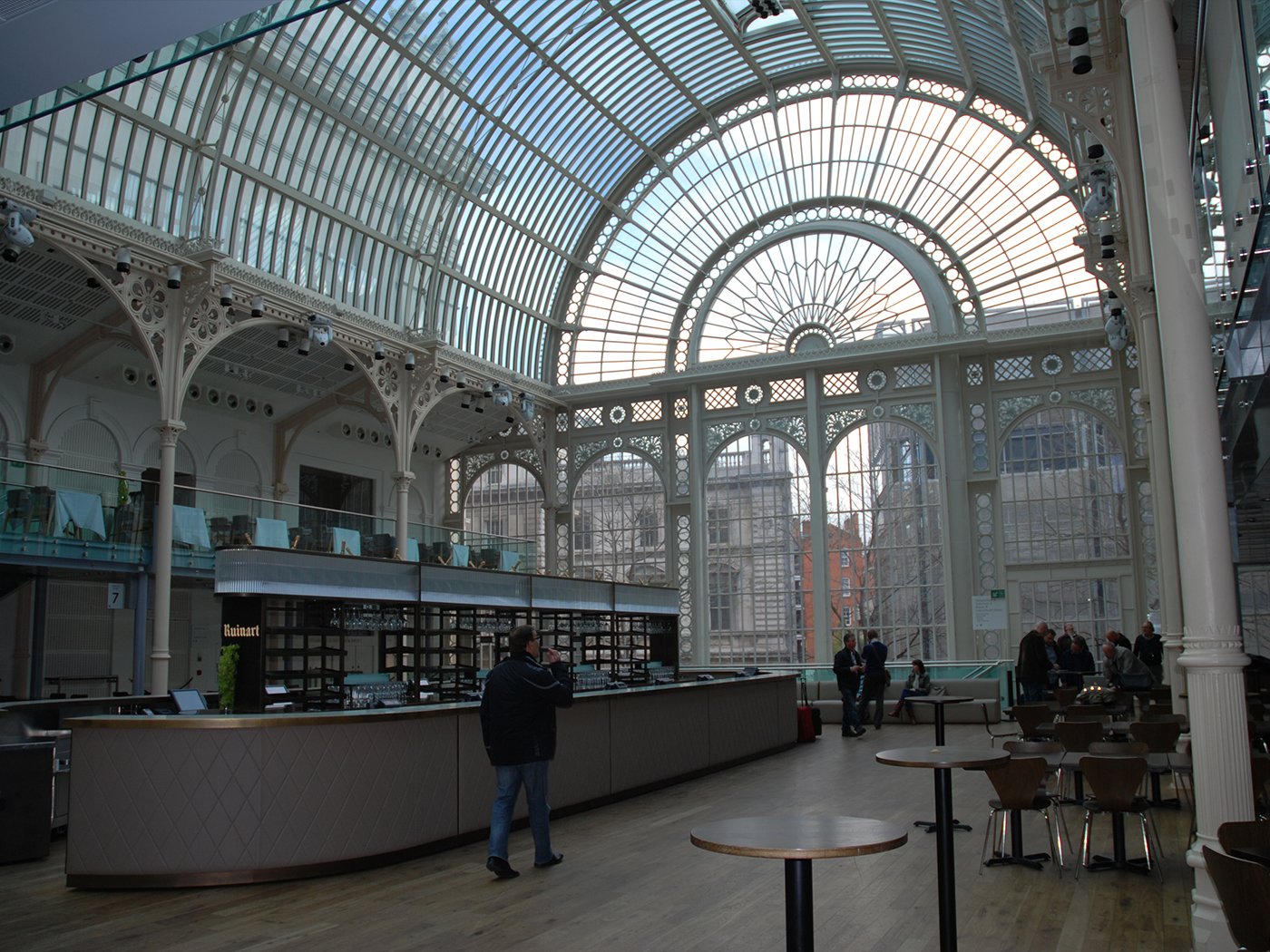 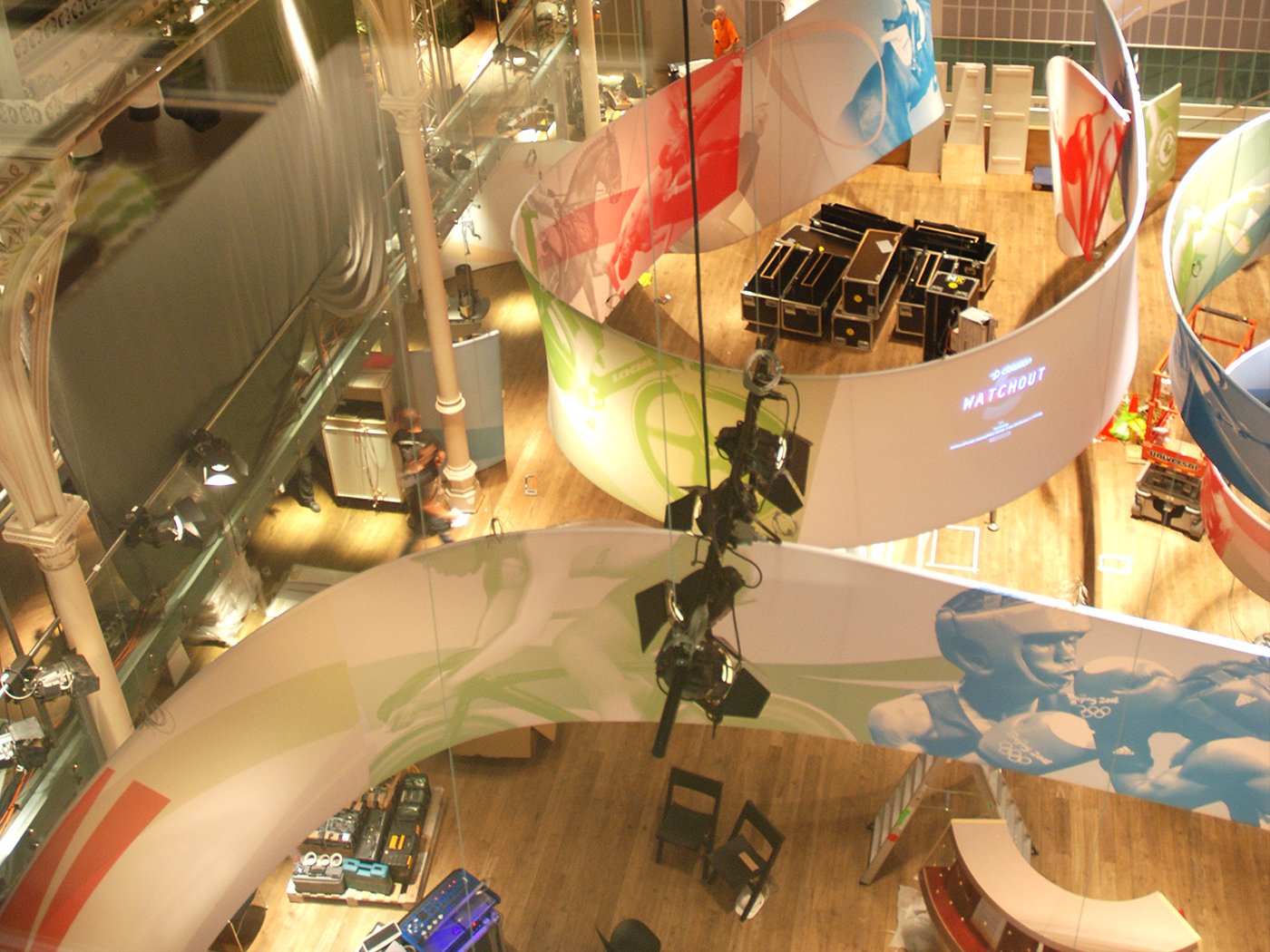 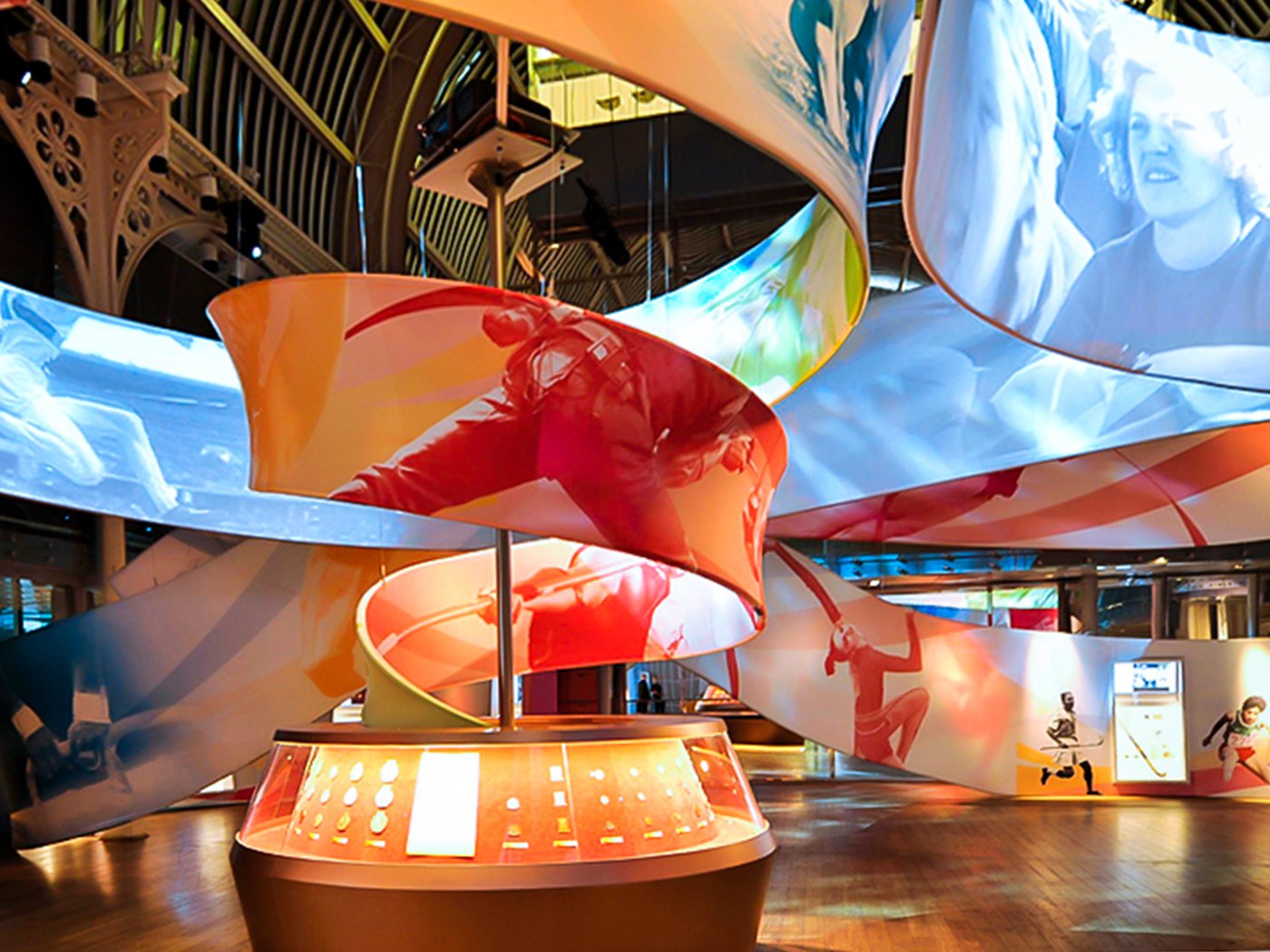 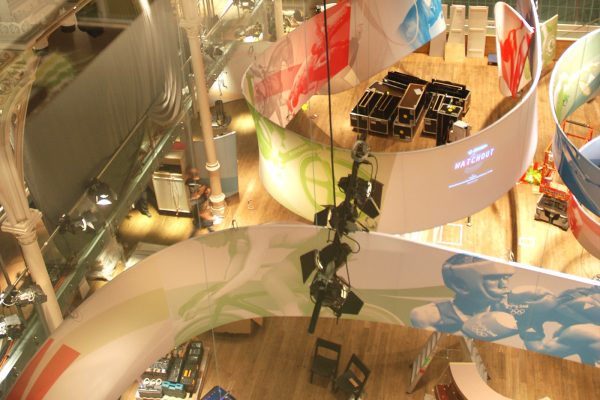 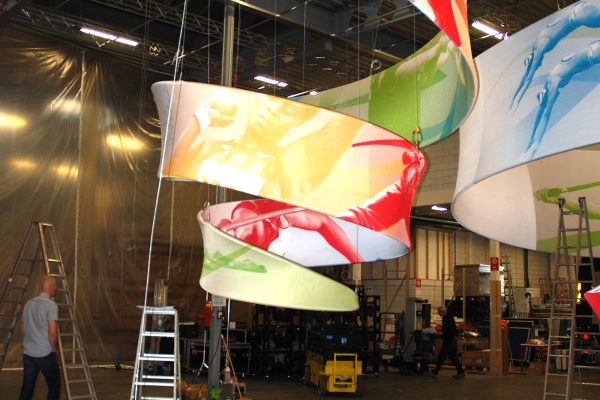 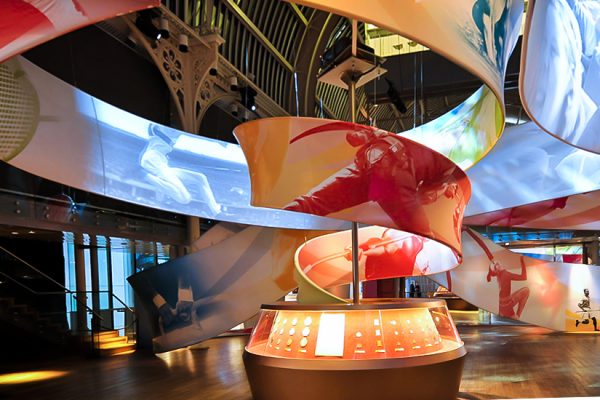 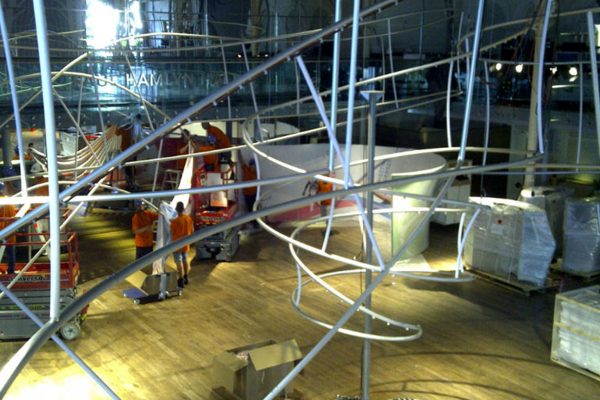